The size is Height 12 cms x width 22 cms approx.
Choice of finishes available.
We post worldwide and the cost outside of UK is £24,00 tracked and signed for. 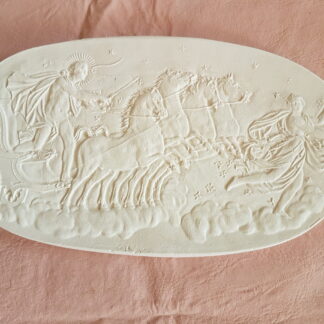